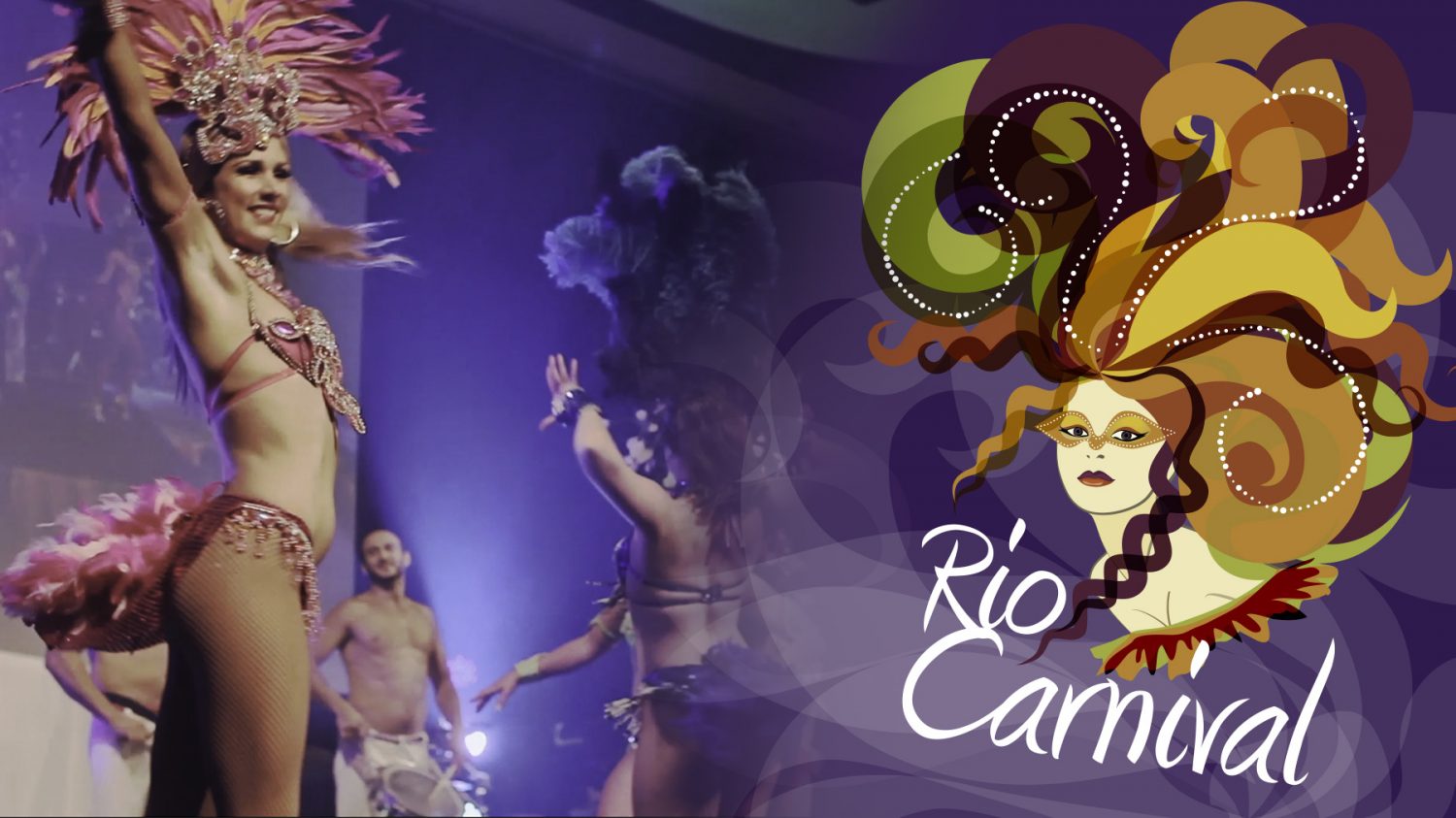 It was an honour to be asked to be part of what was going to be a very special night. SKM were hosting their Rio Carnival Staff Party at the Hilton Grand Ballroom, and we were ready and excited to celebrate with them.
As everyone began to arrive, you would have thought you were in Rio! Everybody was getting into the feel of the night, and it was a sight to see as the guests arrived in costume. You could feel a sense of excitement and wonder in the air as everyone admired each others costumes. The ambiance was captivating, wherever you turned there were stilt walkers offering you a drink, drummers playing some amazing Brazilian sounds to make you want to move, and the party exploded with the va va voom of the talented Brazilian dancers, whose dance moves captivated and enthralled the crowd.
The room was beautifully decorated and every part of the room was lit up with beautiful colours and chandeliers that just took your breath away. You could see everyone was already having a great time when the band kicked off! It was nice to see all of the SKM staff’s faces as they were all thanked for their amazing efforts in making SKM successful over the last year. Each of them had a smile on their faces. Then to get the party back in full swing, bring on the Brazilian dancers! They moved, shaked and swayed leaving everyone in awe of the way they were able to do it. Even I was jealous 😉
Many tried their hands at the activities that were on offer throughout the event, there was bull riding, cash grab and dance competitions! You could tell everyone was feeling very Hot! Hot! Hot! As they were testing out some of their Brazilian dances moves they learned. Some of the SKM staff even had their own caricatures done by a sketch artist with an iPad! Hello technology!
But that wasn’t the end of the night! To top things off, they ended the night with a little casino fun! Many tempted Lady Luck as they tried their fate with roulette, black jack and more! Oh and how could you forget the Photo Booth! Capturing many happy and fun moments for all! The night concluded with lots and lots of dancing. The dance floor was packed! Everyone was putting out their best moves and having a great time!